You are here: Home / News / Could hydrogen deliver a sustainable energy system?

Hydrogen is attracting a lot of attention in terms of how it might address the challenge of decarbonising peaky and seasonal domestic heat. 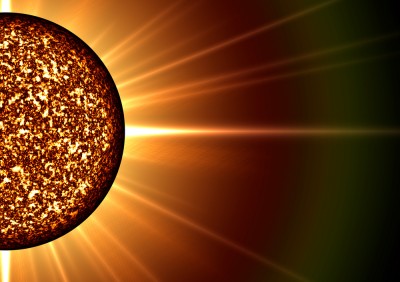 The Leeds H21 project is opening up the idea that the gas supply for whole cities could be converted to 100% hydrogen, with the process taking just 2-3 years for each city.

With the need to address how heat is provided to 20,000 homes per week by 2023, hydrogen would put the onus on the energy supply company, which could move things along much more quickly than relying on home-owners to upgrade and electrify their homes.

Much of the local pipe network has already been converted from steel to plastic (for gas safety reasons), allowing 100% hydrogen to be distributed. This will mean the costs and disruption will be lower than digging up roads for district heating or new electricity cables.

A fifth of the carbon emissions from domestic heat could be addressed, as soon as 2025, if hydrogen was deployed in 16 of the UK’s largest cities, including London. Furthermore, it could be extended to industry.

An integrated energy system will provide a range of options to produce hydrogen, including surplus electricity, but the amounts may be limited. Large volumes of low-cost hydrogen will mean most comes from Steam Methane Reforming (SMR) of Natural Gas.

The hydrogen production step means primary energy demand increases. SMR will increase gas consumption by 37%, along with an additional 6 MtCO2/yr. Using electricity would require about 12 GW of dedicated thermal capacity or over 30 GW of offshore wind. Substantial hydrogen storage will also be required to allow production throughout the year, rather than winter load-following.

Carbon Capture and Storage (CCS) will therefore be essential, taking about 20 MtCO2/yr from the 16 cities, with fugitive emissions of about 2 MtCO2/yr.

So, with the Paris agreement and the Energy Minister’s indication that the UK should become zero carbon, does hydrogen need to be fully decarbonised in the long-term? And how do we define ‘green’ hydrogen? Join the #ERPH2 debate to comment.

Future options for hydrogen production are in development, but many appear to be more expensive or have low efficiency. Solar technologies are improving, but, for large volumes, it may be best suited to sunny climes. Does this mean hydrogen will be traded globally? Join the #ERPH2 debate to comment.

Uptake of fuel-cell vehicles would increase hydrogen demand. The CCC target of 16 million HFCV cars in 2050 would more than double the gas demand from the 16 cities, amounting to about a third of today’s national gas consumption.

If the same cities deployed heat pumps powered by CCGT, their gas demand would reduce by 20%. Compared to a hydrogen-electrolysis route, electricity demand would be 70% lower. However, the practicalities of delivering heat through electrification are substantial. But, an important aspect of heat pump performance is the need to improve the energy efficiency of the housing stock. When and how would this happen for those using hydrogen?  Join the #ERPH2 debate to comment.

While hydrogen offers a practical option for decarbonising heat, should energy security and dependence on CCS be a concern? Will hydrogen eventually be replaced with more efficient electric heating?  Join the #ERPH2 debate to comment.

Finally, if it is to play a role in homes, then the concerns and interests of the home owners need to be understood early and incorporated into any developments. Issues such as companies intruding into homes and limiting the choice of heating options, along with understanding the safety aspects, could make it an unacceptable option.

To read more about ERP’s Hydrogen project which is due out very soon (watch this space!) please view the project page here. Please additional email info@erpuk.org for more information or to provide longer thoughts/comments.