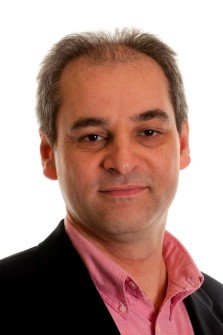 David joined National Grid in 1992 as an electrical engineer and has worked his way up to his current position as Director Electricity Transmission Asset Management.  In this capacity he is responsible for our electricity transmission network, delivering safe, reliable electricity supplies efficiently across England and Wales.  He oversees a £1bn per year investment programme delivering the highest level of network reliability in Europe.

David has worked for National Grid for 21yrs occupying management positions on both our gas and electricity networks in the UK. He has managed our electricity transmission network in the USA, led our gas transmission field force as well as teams in both our gas and electricity control centres.  Prior to joining National he worked for VSEL (now BAE) the only submarine builder in the UK, designing electrical generation and distribution systems for warships.

He is a Fellow of the IET, duel accredited Chartered Engineer with both IET and IGEM and a member of the Institute of Asset Management.  David lives in Northamptonshire and has two teenage daughters and is passionate about rugby having played for a number of years and been born in Wales.

National Grid is an international electricity and gas company and one of the largest investor-owned energy companies in the world. We play a vital role in delivering gas and electricity to many millions of people across Great Britain and north-eastern US in an efficient, reliable and safe manner. We are committed to safeguarding our global environment for future generations and providing all our customers with the highest standards of service through investment in our networks and through our talented, diverse workforce

National Grid owns and operates gas distribution systems in the UK and the north-eastern US.  It also distributes electricity to approximately 4.4 million customers in New York and New England.