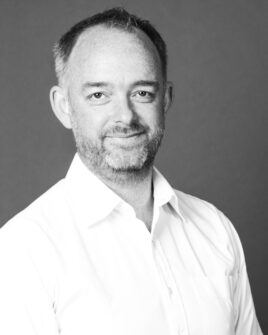 Guy was appointed Chief Executive Officer at Energy Systems Catapult, the innovation business, in June 2022. Guy joined ESC in 2018 as Director of Strategy after as energy and political adviser to two UK Government Secretaries of State; Greg Clark and Amber Rudd. In Government, he was involved in many key decisions, including closing the UK’s coal-fired power stations, greater independence for the electricity system operator, and as an architect of the Clean Growth Strategy.

Before joining Government, he was Head of Policy at the challenger energy supplier, OVO Energy and Head of Environment and Energy at the influential think tank, Policy Exchange. He was previously a journalist, including three years as a foreign correspondent in Hong Kong for the international newswire, AFP. He is a non-executive director with UK100, a charity campaigning for greater environmental action by local authorities. He lives in Enfield, with his wife and two children.