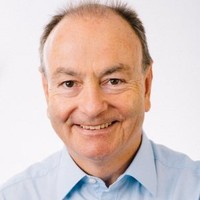 Tom was appointed as the first Chief Executive of the Carbon Trust in 2001.

A chartered engineer with extensive experience of the energy sector, Tom worked for Shell for 16 years in a variety of commercial and operations roles including four years as General Manager of Pizo Shell – a Shell subsidiary in Gabon, Africa. He moved into management consultancy with McKinsey and Co and then as a Principal with the Global Energy Practice of AT Kearney before joining the Carbon Trust.

Tom gained a first class honours degree in mechanical engineering from the University of Southampton in 1981 and completed an MBA at INSEAD, Paris in 1988.

The Carbon Trust is an independent company funded by Government. It was set up in April 2001 as part of the Government’s climate change programme. Its role is to help the UK move to a low carbon economy by helping business and the public sector reduce carbon emissions now and by capturing the commercial opportunities of low carbon technologies.

The Carbon Trust is focused on reducing carbon emissions in the short and medium term through energy efficiency and carbon management and in the medium and long-term through investment in low carbon technologies.