You are here: Home / Richard Heap 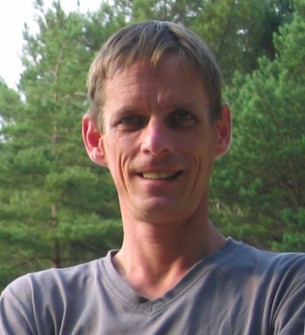 Richard left ERP in October 2017, having joined the Analysis Team as an Executive Analyst in January 2009. He wrote a diversity of reports for ERP.

He lead the work looking at the transition to low-carbon heat, which follows on from a report on the role of hydrogen in the energy system.

His report on CO2-EOR highlighted the timing challenge of delivering a sufficient supply of CO2 to the Central North Sea fast enough to avoid the pending closure of suitable oil fields.

He also published a report on public engagement, which recommended the development of a Strategic Narrative for the transformation of the energy system. This has tied into subsequent work with Mark Workman and Imperial College, exploring the potential to develop a Strategic Narrative on Climate Change, which has attracted the support of Lord Deben.

Previous projects include ERP’s work on Nuclear Fission, published in 2010. This led on to a joint project with NNL, EPSRC, NDA and ETI, to identify the key issues for a Nuclear R&D Roadmap, which Richard drafted and published in 2012. Previous work includes Industrial Energy Efficiency (2011), Carbon Capture and Storage, and Energy Innovation Milestones to 2050 (2010).

Before joining ERP, Richard worked at the Royal Society for 6 years as a Senior Policy Advisor, Energy and Climate Change. Working with the world’s leading academics he produced reports on a range subjects including Ocean Acidification, biofuels, renewables, nuclear power, carbon taxation, biodiversity and radioactive waste management, including a report on the management of separated plutonium. He also wrote and prepared statements on climate change for the G8 Science Academies.

Prior to that Richard set up a successful recycling company in London, which he ran for 10 years before selling to an acquistive competitor.

Richard completed both his degrees at Imperial College, with an MSc in Environmental Technology and BSc in Biology.