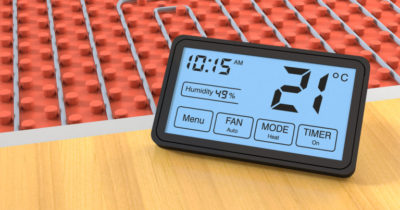 The Energy Research Partnership launched its new project on low-carbon heat on 11 October, at the Coin Street Neighbourhood Centre in London.

The project aims to investigate the options for heat, with an emphasis on the practicalities, logistics and governance issues for deployment.  The meeting sought to gather the views of a range of stakeholders, from sectors as diverse as construction, utilities, academia, oil and gas, regulators and funders, to inform the project and identify the priority areas.

Two new reports providing insights into the challenge of meeting future heat demand, both published in October, were also launched at the event: the first on the role of hydrogen in the UK energy system, and the second on reducing energy demand and emissions for heating buildings.

The event was chaired by ERP co-chair Keith MacLean, who highlighted the importance of the ongoing debate about low-carbon heat, and welcomed the interest from the wide range of attendees.

Analysis Team member Richard Heap summarised the key findings from the hydrogen report, considering where hydrogen will come from and the impact of delivering it, and calling for a whole systems approach to understanding where the benefits and impacts might arise. Hydrogen, he explained, is already entering the energy system and Britain has leading technologies which it is selling into the international market. British companies are innovating in many areas where the fuel can play a role, including within grid management services for the power sector, back-up power supplies and in developing hydrogen-powered fork lift trucks to take over from electric and diesel.

Hydrogen has the potential to be used without producing any carbon dioxide emissions.   Distributing hydrogen by repurposing the gas grid could enable domestic and commercial heating in cities to be decarbonised relatively quickly. It is for this reason that projects such as H21 in Leeds are exploring what it would take to convert their local gas grid. By 2050, if we take the decision to replace natural gas with hydrogen, we would need to convert three cities the size of Leeds every year between 2030 and 2050 to convert the entire gas network. Once a hydrogen network was established, it could be expanded to other key sectors such as transport.

But one of the key findings of the report is that repurposing can only succeed by securing public trust via early public engagement.  This must not shy away from key issues such as increased energy prices and issues related to safety: hydrogen has different properties to natural gas, but it also has some similarities to helium and could perhaps be used inappropriately in the wrong hands. As the cheapest source of hydrogen is from natural gas, carbon capture and storage (CCS) will have to be working if we are to use hydrogen in large volumes and reduce GHG emissions.

Simon Cran-McGreehin presented on the second report, on reducing energy demand and emissions from heating buildings, highlighting the potential of leading practice (Passivhaus standards) in fabric energy efficiency.  The report explores the significant gaps between this leading practice and what we currently see in reality:  the “uptake gap” due to lack of ambition for new-build and barriers to retrofit; the “prediction gap” due to limited information and unrealistic forecasts; and the “performance gap” due to poor quality of work and limited inspections.

A range of perspectives on the challenges of delivering low-carbon heat followed, from Peter Bonfield of BRE, Neil Schofield of Bosch, and Jenny Hill from the Committee on Climate Change. Peter Bonfield talked about the challenge of protecting and informing consumers and creating a viable market that can be trusted. The Bonfield review, which is awaiting publication, will make a number of recommendations, including establishing a quality mark for retrofit, a consumer charter guaranteeing a certain level of service from everyone operating in the market, a code of conduct, and different codes of practice and standards deployed across different sectors.

Jenny Hill of the Committee on Climate Change echoed Bonfield’s emphasis on the importance of standards, and the need for product manufacturers to take a greater role in standards and regulation, and gave support for ERP’s call for a new cross-departmental group. She lamented the lack of a clear voice for consumers in large infrastructure projects, comparing the UK with France where all large projects go through a formal decision process involving the public.

Neil Schofield welcomed the fact that heat was now being discussed as part of the energy debate. He noted the uniqueness of how the UK heats its homes and highlighted that the UK was the world’s largest single market for gas boilers – bigger even than China. He emphasised that we are missing a big opportunity by not insisting that new buildings are as efficient as possible.

In their concluding remarks, Neil Schofield called for real political will on low carbon heat, with renewed efforts in the meantime to improve energy efficiency, smart controls and the efficiency of heating systems. Jenny Hill highlighted the need for a narrative on heat that addresses issues of inequality and potential high costs for some consumers, while Peter Bonfield expressed his view that this disparate group of stakeholders, brought together by ERP to discuss the next stage for low carbon heat, could be invaluable to ministers in developing heating policy.

‘As a group you have something distinctive’, he commented, ‘but you need to connect it together as a group and not wait for government to do it for you’.