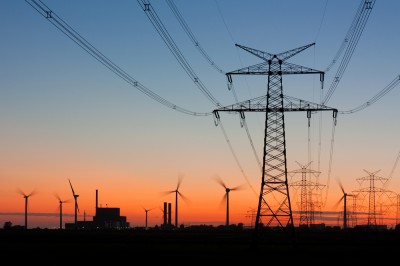 ERP’s most recent work on grid flexibility (2014-15) demonstrated that there were three key considerations when decarbonising the GB grid. Firstly it was important to plan for at least 20 GW of new firm low carbon capacity for 2030. Secondly there was a concern that new suppliers of essential grid services that are currently met by fossil might not be feeling a strong enough market pull to develop. Finally it was very clear that there was a need for whole system analysis when judging suitability of new technologies.

To reach these conclusions a large envelope of scenarios was run, encompassing grid mixes with up to 40GW of nuclear, 30GW of CCS and 56GW of wind. However the 2014 “Gone Green”” scenario used as a basis had only 6GW of PV by 2030!

Two years on a lot has changed. In some cases this has helped narrow the solution space: the slow pace of Hinkley approvals and the cancellation of the CCS competition means that the upper bounds for nuclear and CCS are undoubtedly significantly lower. In other cases the solution space is wider – PV installations are already double the scenario we used for 2030 and some have expressed concern that we might see something similar to the Californian Duck Curve problem. With CCS on the ropes and nuclear proceeding slowly then meeting the carbon budgets will probably require a greater reliance on biomass than the 4GW in the model. Furthermore the rise of diesel as the potential replacement for coal was unexpected and the impact this will have on the remaining grid mix would be an interesting area to explore.

There are changes too on the demand side. When the first phase of the work was started early in 2014 there were just 10,000 EV’s on UK roads. There are now nearly 100,000 such vehicles and information on their usage and recharging has improved commensurately. The proposed work on autonomous vehicles may also yield insights into their effect on demand.

Similarly the current ERP project on heat will set bounds on the growth of demand for electric heating, which is now becoming better understood.

Irrespective of changes though there is a missing piece – how do we get to the 2030 solutions from here? What needs to be happening by 2020 or now even to achieve the desired decarbonisation? Which technologies seem to feature in nearly all solutions? What’s the maximum amount of wind or PV that we would want on the system before the laws of diminishing returns force us to look to other solutions? Importantly what is the value of flexible services (such as reserve, response and inertia) in the scenarios explored.

CLICK TO VOTE: I think this topic should be an ERP priority