You are here: Home / News / What does Cricket have to do with Energy? 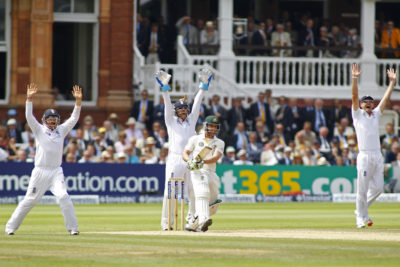 The recent Energy Utilities Alliance conference, Gas 2016, had an additional appeal for an energy conference – it was held at Lord’s cricket ground! It seems an unusual venue, but the tour of the Pavilion afterwards raised some interesting parallels to the earlier conference discussion.

In her presentation, Jane Gray of Utility Weekly noted how the narrative about the future of gas is changing, particularly its role in tackling heat. Here is where cricket provides a helpful analogy. Cricket itself has changed, as the paintings in the Long Room of the Lord’s Pavilion illustrate, with images curved bats and two sticks for wickets, and the looming presence of WG Grace, who transformed the game, and is credited with creating modern cricket.

Cricket is a team game, requiring a mix of batsmen and bowlers. Each brings their own skill, such as spin or seam bowling, and opening batsmen, and those who can stay at the crease throughout the innings. Each team has a different combination of players – ‘all-rounders’ are rare. Likewise, decarbonising heat has no silver bullet and will require a similar mix of options. Heat pumps, while highly efficient, work best if a home is well insulated, and also require an enhanced and strengthened electricity infrastructure. Repurposing the gas networks for 100% hydrogen is dependent on Carbon Capture and Storage (CCS), and bio-gas needs a supply of biomass or waste. Furthermore, if decarbonisation is to be successful, all these options will have to be able to work together, across the energy system.

Fielders are also important and their placement needs to consider the whole playing field, to avoid costly errors. Beyond the field, player fitness and psychology has become increasingly important, with a range of back-room skills being brought in. The energy system requires a similar whole system approach, with consideration needed as to where the primary energy will come from, how to reduce carbon emissions and assessment of the most extreme conditions the system will need to operate under. Wales & West Utilities’ (WWU) analysis of delivering heating in Cornwall with just renewable electricity, highlights the scale of the infrastructure required and how expensive that could be, either to provide huge quantities of storage or over-provision of generation capacity.

Uniquely amongst the world’s cricket grounds, Lord’s provides an additional pressure for players, who have to walk through the Pavilion’s Long Room where the Members are watching. Ian Botham felt the full force of this after his second ‘duck’ of the game in the 1981 Ashes series; the Members reportedly turned their backs to him, in silence, as he walked through them. The role of the public in the energy system is similarly important – a point highlighted at Gas 2016 by Andrew Musgrave of SGN. Consumers are familiar with certain technologies, particularly gas boilers. Affordability will be important, but it looks like energy will be more expensive from many of the options being considered. Consumers also expect choice, and might not like new appliances and the disruption. But it is not clear to what extent the energy system will be able to offer choice. Public engagement that informs the development of a strategic narrative (as highlighted by ERP in 2014) will be important in ensuring consumer support.

As with heat, cricket pitches vary across the country and, indeed, between countries. Each ground has its own characteristics, some favouring specific types of bowling, while others the batsmen. Solutions for heating are likely to lead to localised options and decision making, with proposals such as the Leeds H21 project to repurpose the gas system with 100% hydrogen.  At Lord’s it is not a level playing field, sloping a noticeable 8ft across the field. This favours some bowlers, and is now deemed too expensive to rectify.

Cricket, like heat, is seasonal. Over 75% of heat demand is during the six months of winter. We could watch videos of the the past year’s cricket stored during the summer (like electricity or hydrogen) during the winter – but six international test matches at five days each is quite a bit of storage. Or, we could rely on the broadcasting infrastructure to watch live games beamed from sunnier climes, although we may well have to record them because of the time shift.

Finally there is the role of the team captain and the selection board. The decision making and governance aspects will be critical in delivering a heat system that is widely supported and provides a satisfying outcome for all involved. This is the focus of ERP’s current project on the transition to low-carbon heat.