You are here: Home / News / The Heat is On – Transfer of Heat in a Vacuum 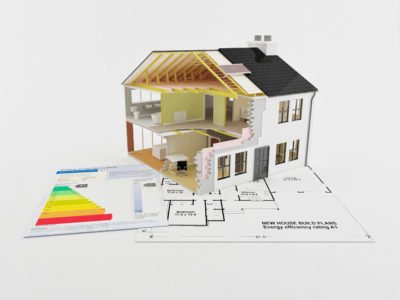 Since 1985 CO2 emissions per household have fallen by about 25%.

During this time the number of homes with central heating doubled to 23 million, and more than 10 million new homes have been built. Gas now dominates, with the number of homes using it for heating rising by over 50%. Despite this, gas consumption by homes has fallen back to the level it was 30 years ago, due mainly to the mandating of more efficient condensing boilers; it is expected to fall further, once the remaining 25% of boilers are converted over the next 10 years.

Over the next 33 years, the changes to heating in UK homes and offices are expected to be even bigger, affecting nearly every building.

A range of heating options will be needed

There is likely to be more than enough energy to meet the heat demand. However, all the options have some constraint, which means a range of options will need to be deployed. For example, bio-gas could be mixed directly into the gas network, produced either from local anaerobic digestion plants or from processing waste, such as the plant being developed by APP in Swindon. However, this approach is unlikely to meet more than a third of demand (100TWh), with a ‘realistic’ figure of a tenth; demand from transport, particularly HGV, could reduce this further.

Other options have geographical constraints, tied to an energy source or a distribution system. Heat Networks require a dedicated pipe network and access to a heat source, which will eventually need to be zero-carbon. Hydrogen is dependent on access to carbon capture and storage (as methane will be the main feedstock) and large-scale hydrogen storage facilities. Initially this will limit projects to areas with access to these facilities, until a hydrogen transmission system develops. This could be quite extensive, but it could be constrained by, amongst other aspects, its interdependence with CCS, which is unlikely to become available until 2030.

Heat pumps, on the other hand, could be located anywhere that has an electricity supply, simply on the decision of customers and without direction from utility companies. But as numbers grow in an area the increased electricity demand will mean that at some point upgrades will be needed to the local power distribution network. At present, it is unclear who will pay for the upgrade, or if it will be possible to predict and plan where the upgrades will be needed.

Who makes the decisions, where and when

A patchwork of solutions looks set to develop, defined by the characteristic of each option. Some areas might be able to access hydrogen, while others will use a mix of district heating and heat pumps, or decarbonised gas.

But how will the best solution be determined and when will decisions need to be made? Without clear planning, conflicts or inefficiencies could arise: a local gas network might convert to hydrogen, but a significant number of consumers might favour heat pumps, leading to the local power network also needing to be upgraded. It is worth noting that upgrades to the power network may happen anyway, depending on how the charging infrastructure develops for electric vehicles. Similarly if heat networks are to be retrofitted into an area, then connecting customers will be vital for its viability. But will compulsory connection be acceptable?

This raises an interesting challenge for the consumer. At present few of the options which will be required in the future system appear to offer the consumer any significant benefits or selling points compared to current systems, particularly gas central heating. A survey by Delta EE suggests that over 60% of private home owners plan ahead for their next heating system. So the interest is there, but what information do they need to make a decision? With some of the options – for example hydrogen, and possibly heat networks – the choice may be made for them. But hydrogen will be more expensive than gas. Heat networks sound attractive, but will need regulating (see Guardian on 5 Feb 2017) and will not be available to all. Decarbonised gas is limited by supply (and may be diverted to transport fuel). Heat pumps present the consumer with a higher upfront cost and may well require modifications to the heating system in the building. Insulation is an attractive option and could offset these challenges, but it is being rolled out already (although hampered by lack of customer interest and finance) so any offsetting would be additional, and will therefore carry an upfront cost.

So what should be done now? ERP is currently undertaking a project looking at how the transition to decarbonised heating can be achieved, and what needs to be put in place to tackle the issues raised above. Findings so far suggest that without a plan that coordinates the various bodies and policies there is a risk that the transition could end up being more expensive than necessary. A range of organisations will need to be aligned, including local and central government, regulators and industry. Clarity is also needed for the consumer to enable them to make low-regret decisions that will not inadvertently make the overall transition more expensive. A long-term plan will also enable industry to develop the supply chains and skills needed to deploy the different options at scale, and in the required timeframe.

A critical aspect is the need for clarity on the availability and timing of Carbon Capture and Storage (CCS), as this has direct bearing on the potential roll-out of hydrogen and other decarbonisation options. Low regret decisions can be made now, particularly relating to off-gas grid customers and enforcing high building standards on new build (which will also remove the need for home owners to have to retrofit these buildings in the future, and at greater expense). The roll-out of retrofit energy efficiency measures must continue, to mitigate the future challenges.

Over the next 5 years trials and technology development projects will be needed for the various options, in order to raise understanding and to enable decisions to be made early in the 2020s. This includes determining the potential of hydrogen to reduce carbon emissions from heat. Demonstration of heat pumps will raise understanding and awareness of how to install and use them effectively. The potential for new business models and market structures should also be explored.

The pathway for the next 33 years is not straight-forward and will require interventions to make it happen. What happens over the next few years will have a significant bearing on how easily the transition can be achieved.